After a cheeky session of GTA V, one 11-year-old boy went for a joyride on an Ontario highway

Whether it’s a case of bad parenting or just “boys being boys”, the following story should offer a valuable lesson as to why mature games should only be played by mature adults.

An 11-year-old boy went on a joyride along a busy highway, hoping to recreate the sensation of freedom offered from playing Grand Theft Auto V, which he played while his parents slept upstairs.

CTV News reports that Sgt. Kerry Schmidt of the OPP’s Highway Safety Division received reports of an erratic driver around 11pm on Saturday, moving along a highway just north of Toronto.

“Drivers called it in thinking it was probably an impaired driver, because the vehicle was all over the highway,” Schmidt said

Police tried to pull the car over, but every time they’d get close it would take off and reach speeds of up to 120 km/h. They were able to eventually box the car in and roll it to a stop, before realising that not only was the driver below the legal driving age, they were also only 11 years old.

Schmidt says that when questioned, the boy admitted that he wanted to recreate the crazy driving stunts and shenanigans that are possible in Grand Theft Auto V, a game that is restricted to adults.

“(He) had just been finishing playing Grand Theft Auto at home and wanted to find out what it was like driving a car,” Schmidt said.

No charges have been laid, but it would surely prove to be an important lesson for the parents, who should take better care of explicit and adults-only material around the house. 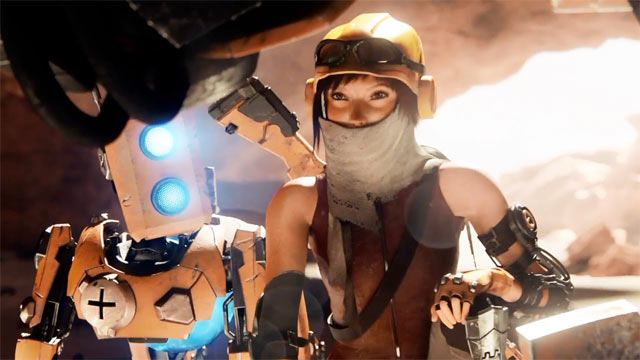 ← Previous
ReCore set for HDR treatment on Xbox One S