PS4 Pro Australian details: Everything you need to know about the specs and games

The PlayStation 4 Pro is Sony’s much-hyped “upgraded” PS4 set to launch on November 10, promising to bring with it a refined and (even more) powerful PS4 experience.

The PS4 Pro is a console Sony says will “compliment” the original PS4. Its name signifies an appeal towards “hardcore”, high-end gamers. As the console is not considered new hardware architecture, it is not seen as a new generation, but merely an “upgrade”, as has long been touted.

The primary reasoning behind making and releasing the PS4 Pro was Sony’s intent on pursuing 4K and HDR, which are two new features only available in the console. Lead console architect Mark Cerny says the PS4 Pro was created to “take the PS4 experience to extraordinary new levels.” Sony wants to offer high-fidelity graphical experiences, and will provide developers with the tools to do this.

PS4 Pro specs: How powerful is it?

The PS4 Pro has what Sony calls “double the graphics power of the standard PS4”. This will improve the look of both new and existing PS4 games.

It also has a 1TB hard drive, which is double the storage capacity of the current PS4.

Its processor is faster, it has doubled CPU power, and its technology has been adapted from AMD Polaris graphical architecture. The CPU clockspeed has been given a significant boost as well. 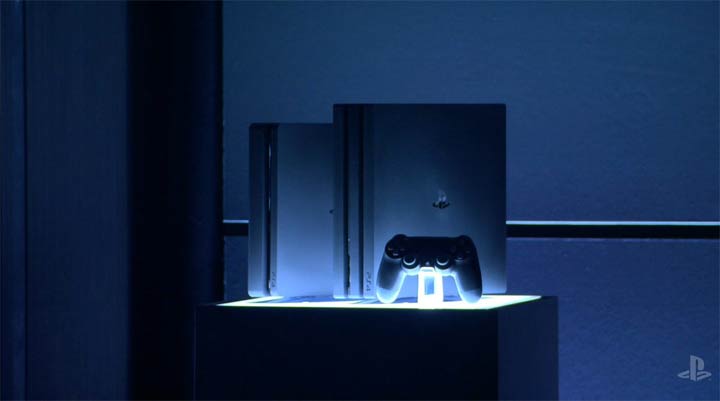 Games can be played and displayed in 4K, and Sony showed off Spider-Man, For Honor and Deus Ex: Mankind Divided running on the console. Check them out below.

Unfortunately, the PS4 Pro does not have a 4K Blu-Ray drive.

The expectation was that Sony’s PS4 Pro would utilise the AMD Polaris 10 graphics core, with 36 next-gen GCN compute unit clocks at 911 MHz. The PS4 Pro GPU is a down-clocked version of AMD’s upcoming Radeon RX 480 graphics card, which is being released to meet launch-day VR offerings.

The PS4 Pro offers an additional 512MB of RAM over the PS4. What this means is that developers actually have limited extra space for higher resolution textures.

Existing games will work on PS4 Pro, and Sony says there are over a half-dozen first-party titles in development for the console. Third-party developers are also working on patches to make their games compatible on the console.

All PS4 discs will work on PS4 Pro and vice-versa. EA confirmed that FIFA 17, Battlefield 1 and Mass Effect: Andromeda will support PS4 Pro.

Here’s a full list that will be supported on launch day, November 10.

These will be supported in the gaming months: