ReCore review: A game that’s not sure if it’s coming or going

ReCore is far more ambitious than it lets on. The core fundamentals surrounding its combat remind me of third-person shooters from the PS2 era, but there are enough layers there to diversify what starts off as a worryingly thin combat core. It doesn’t seem to care about telling a coherent story, instead choosing a modern approach of scattered storytelling techniques. Yet, somehow, its touching moments save whatever narrative structure it tries to establish. The gameplay basics are far from innovative, yet a combination of ruthless platforming and forced scavenging manage to expand the experience into a varied one.

Yes, ReCore is a strange game. At least I found it strange. I find it hard to recommend, yet I feel compelled to talk about it. There’s just something about it, something that tells me there’s more than we’re being shown, almost like it’s the beginning of something bigger. That’s frustrating, because it reminds me of just how high my expectations were for a game that is, well, okay. It’s not great, and it’s certainly not bad, it’s just in that awkward position where it doesn’t quite know who it wants playing it.

That’s ultimately what my biggest issue is with ReCore: it doesn’t quite have an identity. Sometimes I feel like I’m over thinking what can be a mindlessly simple game. Other times I find myself not thinking enough, moving back and forth between large, mostly barren landscapes, or through lengthy, challenging dungeons. To be frank, I fell out of love with ReCore almost as quickly as I fell in love with it: I adored the opening hour or so, even if it did lack much in the way of story progression or incentive. It felt structured, and I genuinely felt part of Joule’s journey. Soon after, however, it felt scattered, and I was lost. I still had “fun”, but I wasn’t sure if what I was doing was really ever pushing me towards my end goal … until I actually reached it.

Some gamers, I’m sure, will appreciate that and interpret it in different ways. Immediately introducing me to its world, I felt as confused as Joule, and I was able to appreciate her dilemma: others may want more. Once I started getting deeper, however, I felt the game lost a bit of its charm, that element of mystery that really pushed me for the first hour or so. There are moments of pure delight, and one thing I can say I love about ReCore is its driving philosophy, that it’s not what’s on the outside, but rather on the inside that counts. Joule’s companion Mack, for example, isn’t a robot “dog”: his personality and traits are defined by his core. Her relationship with Mack is subtle yet affectionate, and they form a strong bond.

Mack is one of Joule’s four robot companions (or Corebots), each serving different purposes, They’re welcomed additions that vary up the gameplay every few hours. Seth, for example, helps you traverse different objects, while Mack is, as one might expect, a great tracker. ReCore is really about movement and combos, and not so much about shooting, so how Joule works with these companions is very much the fundamental piece of what drives the experience. I appreciate this direction, even as solid as the game’s base shooting mechanics are. I genuinely looked forward to different battles and mini-bosses, because the game invites on-the-fly experimentation as a means to boost combo bonuses and enhance enemy loot drops.

As with mostly everything else, however, the combat has its issues. It’s not special enough to shout down from the rafters about, but it has the potential to keep the action slick and fast, and I did have occasional fun battling it out against seemingly endless streams of diverse enemies. The problems lie in design and camera. Hitpoints appear at such a fast rate and take over an entire enemy, which can make it difficult to see where you’re aiming. The lock-on system works for the most part, but can break off key enemies of interest when things get a little too hectic. The camera can break down when locked onto an enemy while Joule is near a wall, and there’s also little if any visual cues to help gauge the location of nearby attackers. Towards the end of the experience this can be frustrating, as enemies attack from multiple angles and require different tactics and weapons to take down.

This takes me to my next point, which is the colour-coded weapon system. I like it, because it encourages tactical approaches to combat areas where multiple enemies are of different attack styles. Enemies are bathed in either silver, gold, red or blue, and using the corresponding coloured weapon will lead to more damage, hit points and combos, helping Joule and her Corebots level up faster. The driving philosophy here was to create an ever-evolving battle landscape, and as I mentioned above, I genuinely look forward to the challenge. But the mapping of the colours on console sometimes makes it too much of a chore to change weapons in the heat of battle. It also doesn’t help that the reticle can switch between enemies due to the sensitivity of the left analogue, which can make heavy-handed battles impossibly unbalanced in the enemy’s favour.

Something makes me feel that this was a purposeful design choice. The game can be so unbalanced with its difficulty at times that it’s hard to really grasp who the game was made for. Sometimes it plays like a hardcore RPG, while other times it seems like a dated shooter. Platforming elements struggle with similar balancing issues, although it’s clear that the focus was on saving the best level design for the game’s dungeons, which present a nice, varied sense of challenge. There are countless secrets to be found throughout the world of Far Eden, and there’s no faulting ReCore’s sense of mystery and adventure when it comes to exploration.

Unfortunately, it’s all a little too vague in how it wants you to approach the world. In some cases I found myself completing dungeons to find additional cores to open a door in order to progress the main mission line, even though these dungeons are clearly marked as side-quests there to be tackled at any time. As important as these cores are, I wouldn’t have thought to have tackled a dungeon so early on as a means to progress, because the game doesn’t do a very good job of telling you this.  You can definitely see Metroid Prime inspirations in that regard, but making a game’s natural mission progression vague just for the sake it doesn’t make for a particularly enjoyable experience at times, at least not for me. Sometimes I was deeply entrenched in the world, the story, the characters, and what I was discovering, while other times I was trying to battle a non-sensical map UI that doesn’t allow you to zoom in close enough to separate the dungeons from the loot drops, as well as other points of interest.

This is somewhat rectified by the game’s crafting system. Each enemy will drop parts, and pending Joule has found the right blueprint, new parts can be built for the Corebots that improve base skillsets. It’s essentially a simplified version of Destiny’s Guardian customisation. This is another system that I really like, because it allowed me to mix and match parts and determine which of my Corebots would be focused on defense and attack. The issue for me, however, is that you need to fast-track back to Joule’s home base — the Crawler — where the workbench is used for upgrading. That would be fine if load times weren’t so bad. Visiting the Crawler itself isn’t bad, but returning to Far Eden is a pain, as load times can sometimes linger for a few minutes, and are even worse after a death.

ReCore has some solid ideas, and it definitely has its moments, but I still find myself unsure if it’s worth recommending. I find myself both loving and hating major facets of the experience: I liked the shooting and its colour-coded weapons, but I hate how tough it can be to switch in the middle of a battle. I love the world of Far Eden, but I hate how the map lacks structure. I adored Joule and her relationship with the Corebots, but the story all too often dips into long lulls. I love the crafting system, but I hate the long waits to and from the base. I don’t mind the visuals, but low-quality textures and screen tearing devalue it. Overall, ReCore has a story it wants to tell, and while it sometimes may not even know what that story is, it’s still confident enough in what it’s trying to. It has its moments, and there’s plenty of depth there, so it comes down to whether you can find the patience to battle such a consistent stream of inconsistent quality. 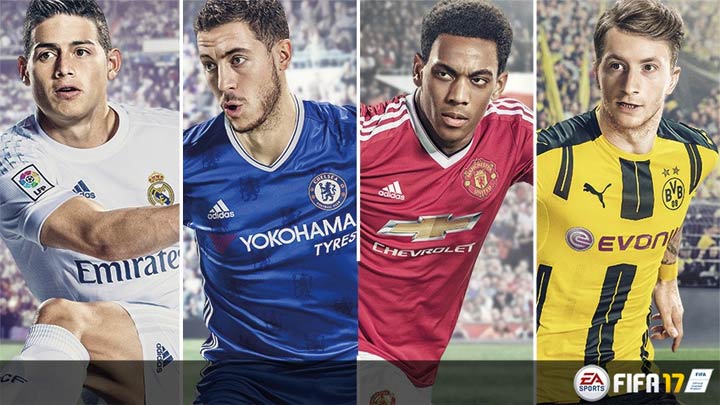 […] as one of the Xbox One’s best exclusives for 2016. Reviews were fairly mixed, and I felt it lacked much in the way of consistent game design and […]

Seems like another title that had such immense potential but suffered from a lack of polish. Too many games getting rushed out these days resulting in inconsistencies that prevent good games from being great.