SEGA’s Dreamcast has gone down as one of the best consoles in gaming history, but not without its fair share of issues. Its games library was unparalleled at the time, but SEGA’s muddled hardware philosophy led to rampant piracy and poor sales, killing the console before it had a chance to really compete. It was considered king of the hill at one point, however, and its early popularity almost influenced Microsoft and its new Xbox console in a weird ways.

In November of 1999, Microsoft was working on the original Xbox design. Yet to be announced but with murmurs that Microsoft was set to enter the gaming hardware scene, the Xbox was secretly being developed and designed with the hope of redefining console gaming and challenging the juggernauts that were Sony, Nintendo and, at the time, SEGA.

The Dreamcast had been released in a number of markets in September of that year, ahead of the release of the PlayStation 2 almost a year later. As you can imagine, the Dreamcast was the console to own at the time, with the Nintendo 64 losing popularity and Sony’s PlayStation having aged considerably after a number of years on the market.

So what was Microsoft working on? Turns out that they were working on some sort of Dreamcast hybrid, obviously inspired by the modest popularity of the Dreamcast at the time. Xbox designer Seamus Blackley has revealed fascinating controller designs from November 1999, a mere four month before the console was revealed. That suggests that Microsoft was still in design phase only a few months before they revealed a console that would for the next decade help define console gaming.

As you can see in the design, it was clear that Microsoft was attempting to, or at least brainstorming about, multi-screen gaming, something the company would embrace some thirteen years later with Xbox SmartGlass. 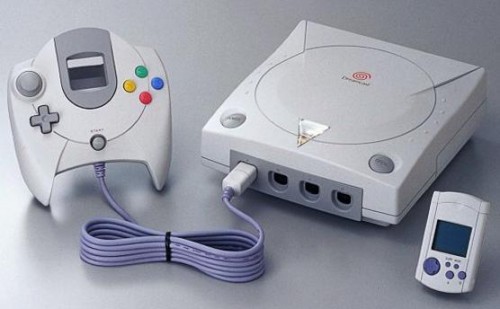 What could have been!