Microsoft must pounce on Sony’s divisive and alienating PlayStation plan

Sony’s splitting of the console market and strange fascination with VR presents a fantastic opportunity for Microsoft to refocus and close the gap.

The news today that the PlayStation 4K is indeed real comes as no surprise after months of rumours and speculation, and an E3 no-show suggests Sony is treating this console upgrade as more than just a redesign, with intent to showcase it under the spotlight, probably at Paris Games Week in October ahead of a November release. That we’re getting new PlayStation 4 and Xbox One designs is no surprise, because that’s been happening for generations. It’s anyone’s guess if Microsoft will show off its rumoured Xbox Slim at E3 next week, but it will almost certainly hold back on revealing any new “upgrade” ala PS4.5 until Gamescom in August.

That gap is probably insurmountable at this stage, and it’s doubtful Microsoft’s console will catch up to Sony’s PS2-record-setting PlayStation 4, but the Xbox One is in a position now to reestablish itself with gamers, and finally do away with the divisive and damaging rhetoric that dominated the console’s launch. That Phil Spencer and his team have turned things around to make the Xbox One far more appealing than it was in 2013 is testament to the console’s potential, but it’s still struggled to capture the retail dominance the PS4 has experienced throughout its life.

That’s why E3 and the proceeding months present an opportunity for Microsoft that it hasn’t yet had this generation.

Sony is in a strange yet admittedly intriguing position right now. They have the PlayStation 4, which exceeded most doom-and-gloom analyst expectations to break all sorts of sales records. Beyond that, however, their messaging is divided. The PlayStation VR is an entirely new product category, one that is yet to convince the primary audience and relies on a technology experience that demands reclusiveness. Sony should definitely be applauded for its drive to innovate and offer different experiences, but this VR platform is being treated as an entirely new platform, which demands attentive direction and may force attention away from the PS4.

Microsoft on the other hand seems a little more focused. Its investment in VR and holographic technology seems more like an exercise in R&D, and the focus has never shifted away from Xbox to those technologies in the same way Sony’s has from console to VR. There’s a clear focus to bridge the gap between console and PC, something it’s being trying to do for a number of years now. Its attempt at a unified Xbox app for Windows 10 PCs and Xbox One will make for an interesting end to the year, while Universal Windows Platform apps may change the dynamic around industry cross-platform functionality. In that regard, Microsoft is taking on the role of trailblazer and redefining how gamers interact across platforms.

The challenge for Microsoft has always been in providing the appealing features and software that entice users to make the cross-platform jump. It’s a unified experience with a clear focus, whereas Sony seems divided in its attempt to create different gaming divisions under the one PlayStation name.

The big risk for both Sony and Microsoft with any new console “upgrade” is the potential alienating of early adopters.  Sony arguing that two consoles with different power capabilities won’t divide the audience is nonsensical, and when you throw in a different message with PlayStation VR as well, you actually have three different platforms, and, potentially, three different markets. Sony appears to be doing the opposite of what Microsoft is doing in that regard.

It’s also worth asking how publishers feel about fragmenting the console audience between two consoles. This upgrade philosophy forces publishers to reevaluate both their marketing and development strategies, with different audiences and different hardware to work with. There are potential implications here for Sony that don’t seem as obvious with what Microsoft is doing, even if they do intend on releasing an Xbox One upgrade. 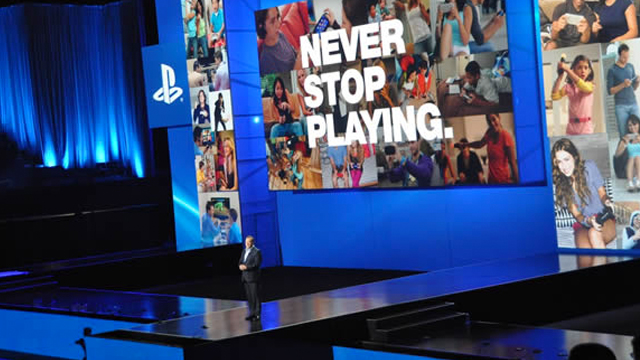 The key for Microsoft here is to stay focused on its key philosophy of being a gamers “platform”, and expanding upon its PC-Xbox cross functionality. That it’s bridging the gap between the platforms will help create a more unified experience, which seems at odds with what Sony is doing. The worst thing Microsoft could do now is be a “me too”, and I hope they haven’t gone down the Xbox One upgrade route just for the sake of staying toe-to-toe with Sony. I am not entirely against the idea of a console upgrade as we know of it with the PlayStation 4.5, but the broader vision isn’t quite there that would suggest audience unification. Microsoft’s plan for PC and Xbox collaboration makes an Xbox One upgrade seem far less alienating, and it’s for that reason that I hope the company stays focused on its current direction. Only then does it have a chance to close the gap. The next few months are arguably the most important in the Xbox One’s life so far.

Next →
The 10 greatest video game series of all time ... according to the data
Click here to cancel reply.

To be honest don't really like either direction. I'd rather see shorter generations and proper updates.

I guess the argument they're going for is that this is essentially what that is.