Work your way through the ranks from high school chump to NBA champion in NBA 2K16’s MyCareer mode, where you’ll create, craft and build your NBA player up through the league’s ranks.

Here are some handy tips to help you rise to become the NBA’s best player in NBA 2K16 MyCareer.

When you choose your player’s position in NBA 2K16, ensure the position suits your style of play. Like to control the play, pacing and outcome of a match? Then a PG is the position you want to choose.

You could also go the SG route, although you won’t be in control of the play as much. Your player will still get plenty of the ball and have passes honoured, so you can certainly establish your SG player as a long-to-mid range shooter.

Both the SG and SF positions demand good accountability and smart off-ball movement. Educate yourself as to screens, how to run them effectively, and how to run the pick-and-roll. This is an important part of forming a background in NBA 2K16.

When it comes to C and PF, you’re in for a totally different experience than with either of the guard or the SF positions. You’ll need to hit the boards hard, set screens, aggressively defend the low post, and work on your offensive post game.

What I’ve discovered when playing as a C or PF is that making a bad call for a pass and being over-demanding of the ball can really hurt your teammate rating. They can both be incredibly punishing positions.

One of the best new additions to NBA 2K16’s MyCareer mode is high school. The mode’s story mode will start with you selecting between a number of popular and successful high schools. Interestingly, while you have the choice, the high school you choose doesn’t really influence your future, so it’s merely a matter of choosing whichever school you feel has the best aesthetic and pitch. Each school has a different program, which you won’t know until after you select them because the game doesn’t tell you what it is. So it is an element of luck, and you might end up as a C at a high school with a great program for guards, but it won’t hurt your development all that much.

What you absolutely must focus on during this part of your career is match performance. You must player as well as is humanly possible with your character. Play patiently and intelligently. Don’t force shots. If you perform poorly in these matches, it may change your draft position into the NBA. These matches are pretty casual, easy and fun, so enjoy yourself and come to familiarise yourself with the basics.

Choose the college that best suits you. It doesn’t matter which one you choose: all that matters is your performance. Each of the colleges will pitch to you, and you’ll have plenty of time to make your decision. Your performance in college match will influence your NBA draft position, so ensure you play well in every single game. An A teammate rating in every match will do wonders for your draft position.

Your first NBA year will be made up of eight games, and additional playoff games if you make it that far. Your performance in these eight games will affect what sort of contracts are sent your way ahead of your second year in the league. Unlike past years, the story forces you into free agency after your first year, so you’ll need to make a choice.

During your high school and college years, you would have earned Attribute points to upgrade your player. Use these wisely. Purchase and upgrade attributes that suit your player’s style.

Here are the attributes you should upgrade and balance for each corresponding position.

Each position has an attribute cap that is determined by the specialisation you went with in the player creation section. If you select a short PG, their attribute cap for Moving Shot Close will be 94, while a more balanced PG with a more rounded game will have a cap of 80 for the same shot.

You need to remember this when creating your player and upgrading attributes. Don’t bother and waste your hard-earned coin on certain attributes that are at odds with your specialist selection. A balanced point guard doesn’t need an abundance of Jump Shooter attributes, for example.

Play hard, consistently, patiently and well in your Rookie season. If you win Rookie Of The Year or Sixth Man Of The Year, you’ll get a significant boost in the type of contracts you’re offered for the second year.

When you enter into negotiations, three teams will offer you a contract. They’ll have incentives across minutes per game and pay per game. You’ll most likely be offered the best contract from the team that drafted you, and potentially, depending on performance, a max contract. You can negotiate with the other teams for a better deal and player the market if you wish. One team might offer you 20 minutes per game and 350VC, while another may offer you 14 minutes per game but 400VC. It’s up to you to make the choice. Consider the team and where you’ll fit in, and how you can further your career in that city.

Team generally only negotiate the offer once, so don’t get greedy.

The primary goal of MyCareer is to earn heaps of A+ grades during games and worth your way up the NBA ranks to stardom. The key is to be a well-rounded, balanced NBA player. Don’t try to dominate, because you’ll end up forcing shots, calls, screens and everything else, and this will hurt your ranking. No player got into the NBA Hall Of Fame simply by scoring a lot of points.

Ensure your shots are only taken when you’re open. Don’t force them. Know where your player likes to shoot from. Don’t force jumpers if your player isn’t a jump shooter. Try to get into space, and drive where necessary. If you have a strong shooter and scorer in your team, try to get them the ball. Even a Pass-to-Assist teammate grade boost is higher than a simple jumper. Bad shots are incredibly bad for your rating.

Also, don’t force your dribble. Make sure you pass the ball often, and use your teammates. In the early matches of your career, your teammates don’t quite trust you, so if you turn the ball over and take bad shots, they’ll ignore you and give you a bad grade. Causing turnovers and having the opposition score of it is pretty much the worst thing you can do in a match, and it happens often when you overuse the ball.

NBA 2K16 might be easy to play, but it’s hard to master. For those not used to the pacing, the game’s defence can shred you. Importantly, you want to impress your teammates, so don’t tick them off with bad defense. If you stick to your opponent and they still score, that’s okay because at least you tried. But if your direct opponent has an open drive or jumper, you’ll get a massive hit to your teammate grade.

Pressing LT or L2 is lock-on defense. This is great for sticking to a direct opponent, but it can leave your player open for quick drives. Watch for the open lanes, and keep a good distance to avoid getting dribbled past, but stay close enough to contest any jumpers. Stay ring-side of your opponent at all times. If you’re close enough when they take a shot, you may block them, which is amazing for teammate grade, or defend well enough to get a boost, even if the shot is made.

Got any NBA 2K16 MyCareer tips? Share them below!

← Previous
The Phantom Pain dog companion: How to unlock 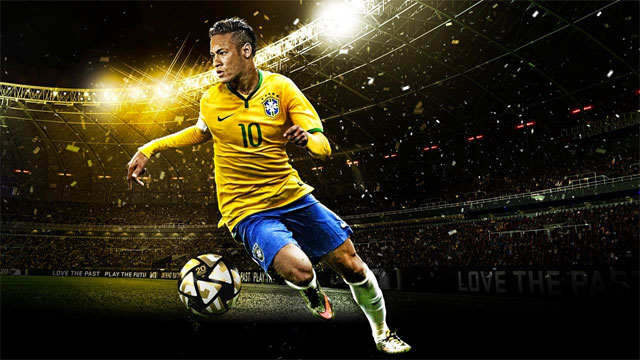